Whittenburg posted a 30.744 to secure gold on still rings – one of his signature events – while Hong set the bar on vault with a 33.460. Reigning pommel horse World Champion Stephen Nedoroscik (Worcester, Mass./Penn State University) clinched the top spot on the apparatus (31.086), and Stanford’s Curran Phillips (Naperville, Ill.) topped the leaderboards on parallel bars with a 33.948.

Malone and Whittenburg have automatically qualified to the represent the U.S. at the 2022 Artistic Gymnastics World Championships in Liverpool, England this October.

At the conclusion of competition, the Senior Men’s National Team and men’s Senior Development Team were named through the 2023 Winter Cup. Team members are listed alphabetically below. 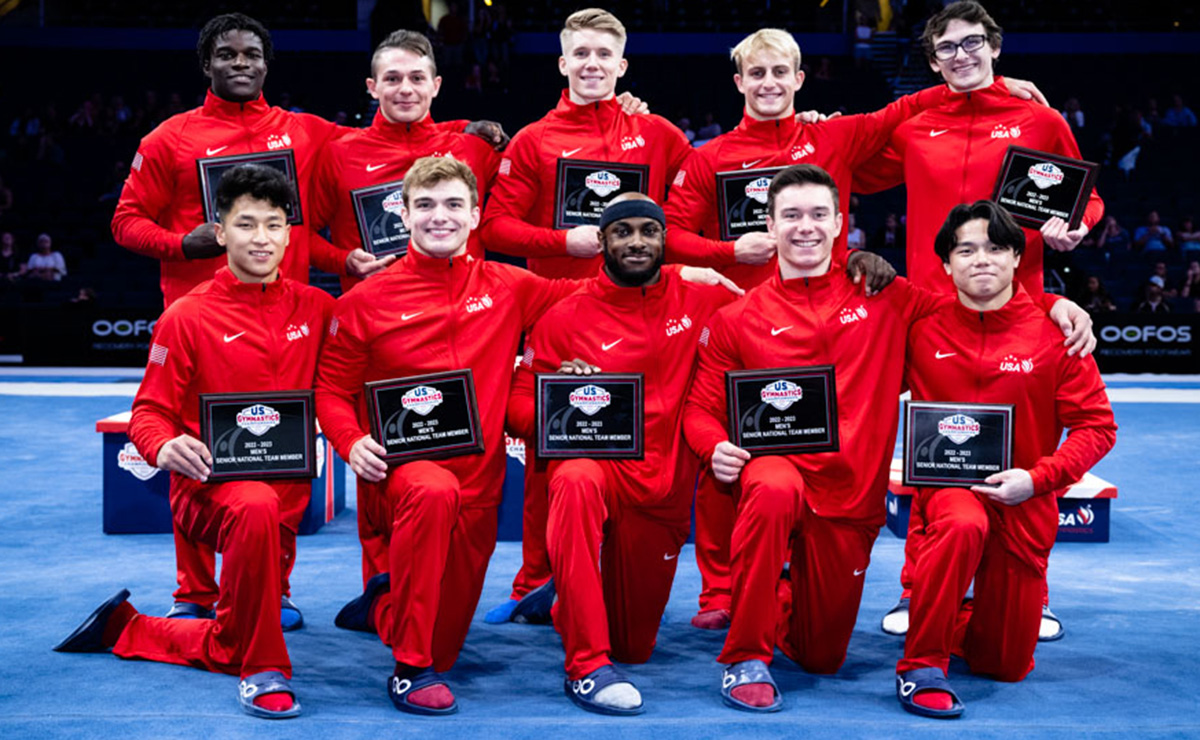 Toby Liang (Roswell, Ga./Roswell Gymnastics) scored a 155.400, which earned him a spot on the 2022-23 Junior Men’s National Team. The rest of the team was named earlier in the day.

The national championships continue tomorrow afternoon with junior women beginning at 1:30 p.m. ET on FlipNow Powered by USA Gymnastics. Senior women will be in action later in the night at 7 p.m. ET. The 2022-23 National Team will be named, and all-around and apparatus titles will be decided. The senior competition will air live on NBC and will also be streaming simultaneously on Peacock.

Fans can view scores and follow along with the event at usgymchampionships.com.