All-session tickets for 2019 U.S. Gymnastics Championships are on sale now 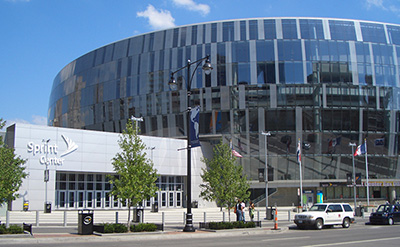 All-session ticket packages, which include tickets to all eight competitive sessions, range in price from $160-$550, plus applicable fees. The platinum ticket package includes VIP seating, an Olympian meet-and-greet, and a USA Gymnastics gift. Tickets may be purchased at sprintcenter.com. For groups of 10 or more, contact Sprint Center’s group sales at 816.949.7177. Discounted tickets are available through local gymnastics clubs that are participating in the gym club ticket program.

The competition schedule, which is subject to change, for the four days is below. All times are Central.

USA Gymnastics is partnering with the Kansas City Sports Commission for the 2019 event, with support from Visit KC and Sprint Center. This is the first time the event has been in Kansas City since 1987.

The Team USA Champions Series showcases numerous Olympic sports throughout the season, highlighting the year-round quest of Team USA athletes to compete at the Olympic Games.

Sprint Center played host to both the 2012 and 2016 Kellogg’s Tour of Gymnastics Champions. Kansas City has also staged other gymnastics events, including the final selection event for trampoline for the 2008 Olympic Games.

Held at the Kansas City Convention Center, the annual USA Gymnastics National Congress and Trade Show provides a valuable opportunity for gymnastics professional around the country to attend educational presentations, as well as a number of live demonstrations, on a variety of topics, including coaching, judging, business, preschool, school-age/recreational, sports science, fitness and safe sport and more. Attendees also receive admittance to the trade show hall where they can visit vendor booths that provide specific goods and services to the gymnastics community.