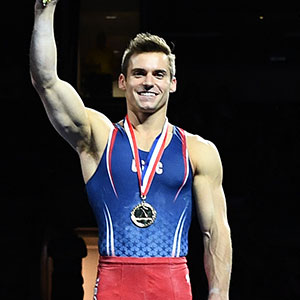 Mikulak won his fifth handily, posting a 172.900 two-day total, ahead of Yul Moldauer of Arvada, Colo./University of Oklahoma, who moved from sixth for second with his 168.150. Allan Bower of Mesa, Ariz./University of Oklahoma, claimed the bronze at 166.950. Donothan Bailey of Mission Viejo, California/U.S. Olympic Training Center, was fourth (166.800), followed by Alec Yoder of Indianapolis /Ohio State University, in fifth (166.550).

Event information
The championships determines the men’s and women’s U.S. champions and U.S. National Teams for the junior and senior elite levels. The championships also will serve as part of the selection process for the U.S. Team for the 2018 World Championships.

Single-session and multi-session ticket packages are still available. All prices are per ticket or ticket package and vary in price due to location and session.