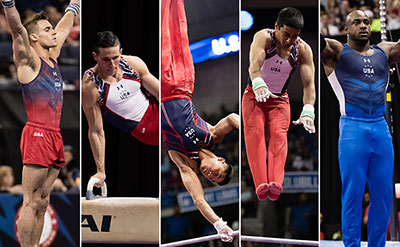 The P&G Championships determines the men’s and women’s U.S. champions and the U.S. National Team for the junior and senior elite levels. The competition features the country’s top gymnasts, and the championships will serve as part of the selection process for the 2017 World Championships, Oct. 2-8, at Montreal’s Olympic Stadium. For more information, go to pgchamps.com.