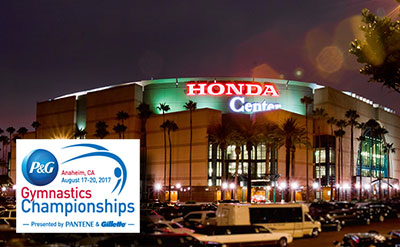 Tickets may be purchased at Ticketmaster.com or by phone at 800-745-3000. For group sales, contact Honda Center at 714-940-2859 or via email at [email protected]. Gymnastics clubs have the opportunity to purchase discounted tickets through the Gym Club Ticket Program.

The P&G Championships determines the men’s and women’s U.S. champions and the U.S. National Team for the junior and senior elite levels. The field will feature the country’s top gymnasts, and the championships also traditionally serves as part of the selection process for the World Championships.